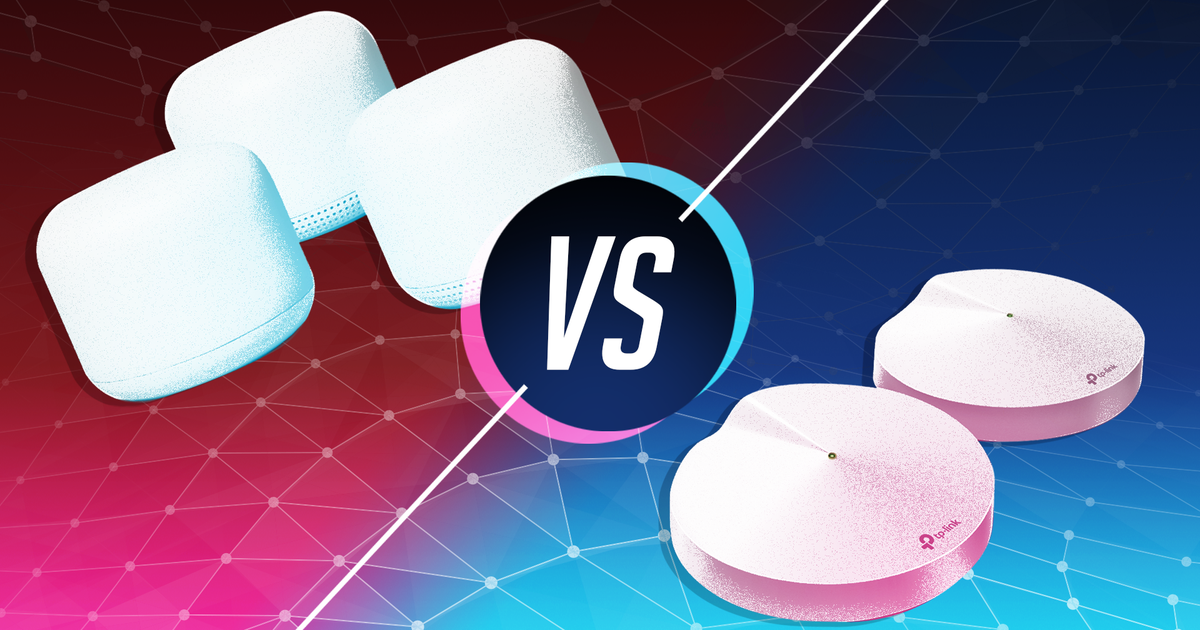 Staying at home has probably taught you some harsh lessons about the strength of your own WiFi signal. Thankfully, there are solutions. But it can be hard to know which fix is the right one for your particular situation.

Mesh WiFi routers are perhaps the best blanket fix. These are special routers you can use to extend a network signal far beyond the range of the default device you probably got from your internet service provider. A typical mesh WiFi system comes with a router and at least one or two separate nodes that you plug in elsewhere in your home, ideally in areas that need a little extra signal boost. If everything works out, the nodes can extend your router’s WiFi signal to the entire home without you needing to sign into another network as you move around.

While a good mesh WiFi setup is a boon for your work-from-home life, it can also set you back hundreds of dollars. Today, we’re going to compare two recognizable and similarly priced models: Google Nest WiFi and TP-Link Deco M9 Plus. There are pros and cons to each mesh WiFi system depending on your situation, so it’s best to be informed before making a purchase.

Google Nest WiFi doesn’t stand out in a living room.

What you pay for a mesh WiFi system depends on how much coverage you need. Each system promises a different amount of square footage it can cover, which can be expanded by purchasing additional nodes beyond what comes with the default package.

To that end, a Google Nest WiFi router with one node is $270. This covers up to 3,800 square feet of otherwise WiFi-less real estate. But, if you think you need more, a bundle with a router and two nodes (5,400 square feet of coverage) is available for $350. Otherwise, purchasing an individual node will cost you $150. I wasn’t lying when I said you’d have to empty your wallet to make your WiFi router work for everyone in your home.

TP-Link has Google beat when it comes to pricing. One router with one node has a list price of $300, but it’s available at Walmart for just $200. You’ll get up to 4,500 square feet of WiFi with that bundle. The other option includes a second extension point and Walmart has it listed for $290, offering up to 6,500 square feet of coverage.

It’s important to note here that, if you have the means, it can never hurt to buy more nodes than you think you need for your mesh system. WiFi can have a tough time passing through walls and other physical obstructions. And even the best mesh system can struggle in a relatively small apartment if there are lots of walls between a router and a node. So it can help to get additional nodes to ensure you’re getting the strongest signal coverage possible.

Bathing every room in your home with beautiful wireless internet is the objective of a mesh system, but it’s not the only thing it can do. Both Nest WiFi and Deco M9 Plus have mobile apps and smart speaker functionality to add some additional bang for your buck.

Nest WiFi nodes (but not the router) also function as Google Nest smart speakers. Ask it for the weather and the Google Assistant will tell you the forecast. You can also use it to control other devices you have connected to it like you would with a regular Nest speaker. From the Google Home app, you can even command it to play music. Speaking of the app, you have to use that to set up Nest WiFi. As I noted in my review last year, the process only takes a few minutes and is largely painless.

As for performance, Nest WiFi does what it sets out to do. My apartment is famously hostile to wireless networks, but Nest WiFi fixed that right up. The only problem with it is a near-total lack of Ethernet ports, as the main router only has one free port and the nodes have none at all. You have to live wirelessly on Nest WiFi.

This is not the case for TP-Link’s mesh setup. The routers and nodes are physically identical, meaning each one has two Ethernet ports on it. They also require a mobile app for setup and management of connected smart devices. Plus, it has Alexa support. I haven’t personally tested it, but PCMag spoke very highly of the app in its review. They called it one of the best mesh systems for 2020.